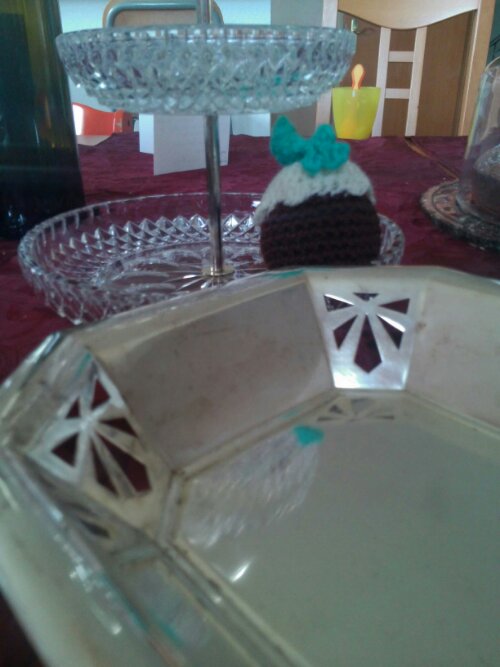 I thought that as I intend to write more in this blog, (its not a resolution, as I don’t have much resolve) I should introduce myself and my family to you. I’ve put this in the About Me page so you’ll always be able to see it easily, and after all, I’m sure you’ll want to keep reminding yourself about me ;P

I’m Clare and I live in Switzerland with my family, and have done since 2004.

I’ve been married to The Hub since 1998, and have two children, Lego Boy and Dino Girl (not their real names…)

We educate the kids at home in a style that has been described by a friend as eclectic (it was a compliment, honest! )

I grew up in a small town, and even though my mother knitted and sewed, including a delightful dusky pink cord matching waistcoat and knickerbocker ensemble for a wedding for my sister and me, I was more of a science/maths type, studying Chemical Engineering at university, where I met The  Hub.

I dabbled a bit in various crafts as I grew older, but it wasn’t until I quit my job at the end of 2002 as The Hub had a new job that promised to take us around the world, that I took up crafting in any serious way, starting with bead/swarowski jewellery.  I also did a short course in silversmithing.

I became pregnant with Lego Boy and at about the same time The Hub was sent to Switzerland for a 3 month contract.  This was extended for a total of 18 months, and during this time we made some great friends here, including one that I went into business with making Swarowski jewellery. When she moved to England, we folded the business and I didn’t do much bead jewellery after that.

Eventually The Hub’s contract came to an end, but we had fallen in love with Switzerland and decided to stay.  So he quit his job and struck out on his own.  We’ve been here ever since, adding Dino Girl to our family in 2010.

As regards to crafting, I took up crochet whilst pregnant with Dino Girl.  After failing for many years to get to grips with knitting, I totally fell in love with crochet.  Just before that, I bought half shares in a simple sewing machine with a friend, and we started a weekly sewing session.  She went to Australia for two years, and in that time I well and truly got the sewing bug.

Which brings me to my current life.  Obviously home educating the children takes up a lot of my time, but I still manage to set aside time to sew, incorporating some of my other loves, bags and recycling.

I intend my blog to be about many things; I don’t want to label it as one thing or another, but occasionally I will link to things that I have made for sale, in order to fund my crafting obsession. I hope you will forgive this little indulgence.

I can see the trees
Crumpled Mummy